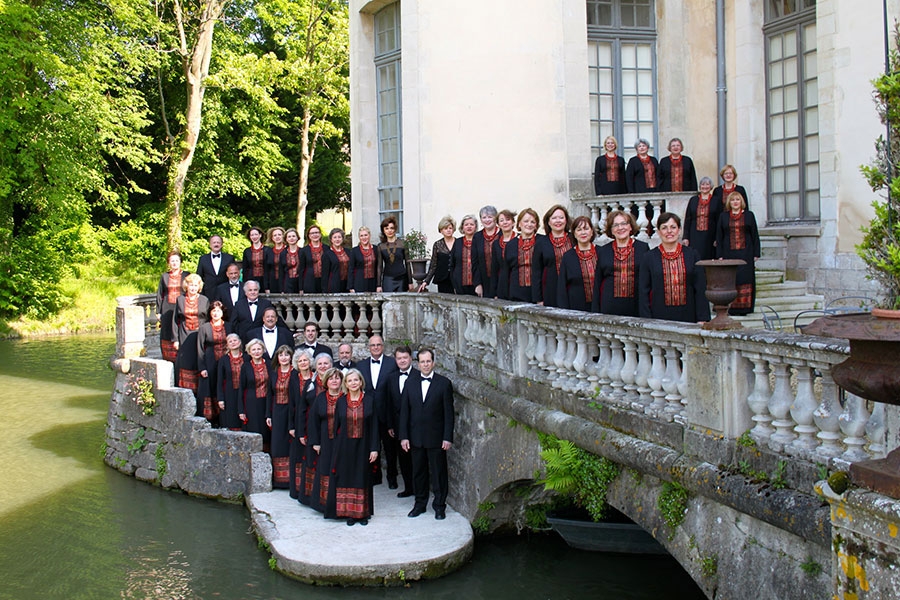 In 2014, Vesnivka, in celebration of its 50th Anniversary, travelled in concert tour to France, Belgium and The Netherlands. The concert tour included performances in Paris and Senlis France, Berkhout and Schalkwijk, The Netherlands. Vesnivka, along with The Toronto Ukrainian Male Chamber choir, spent 11 days on tour and participated in the official program at Anna Yaroslawyna statue in Senlis, France. Liturgy was performed with Bishop Gudziak in Senlis, France and with Bishop Hlib Lonchyna in Nieuwegein, The Netherlands. A special event during the tour was a visit by the entire tour group to the Canadian National Vimy Memorial - Vimy, Pas-de-Calais, France 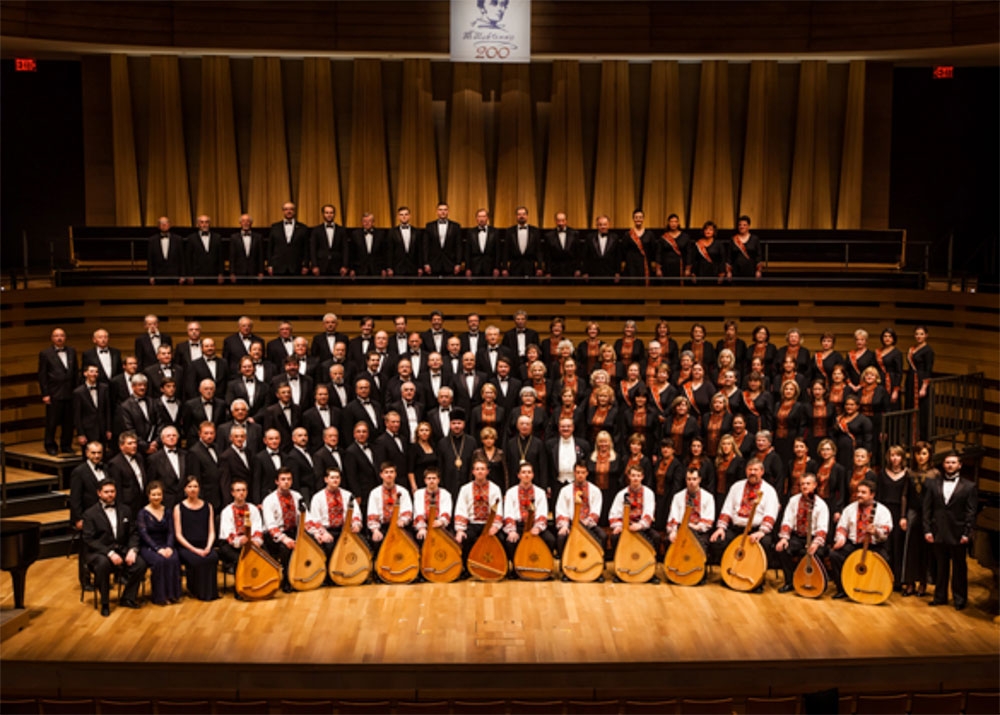 March 2014 - Kvitka Kondracki’s vision of uniting artistic forces was the impetus behind the organization of a gala concert commemorating the 200th Anniversary of the Birth of Taras Shevchenko with performances of music written to his beautiful and poignant poetry. This sold-out concert, with an audience of over 1,000 people, was held at the prestigious Koerner Hall-Telus Centre for the Performance and Learning in Toronto, Canada on Sunday, March 23, 2014. The ensembles that joined together in one mass choir, and under the direction of four different conductors, included Vesnivka Choir, Toronto Ukrainian Male Chamber Choir, the Canadian Bandurist Capella, Levada and Orion Choirs. Guest artists included international bass-baritone Pavlo Hunka, the renowned Gryphon Trio, and soloists from the Toronto area. 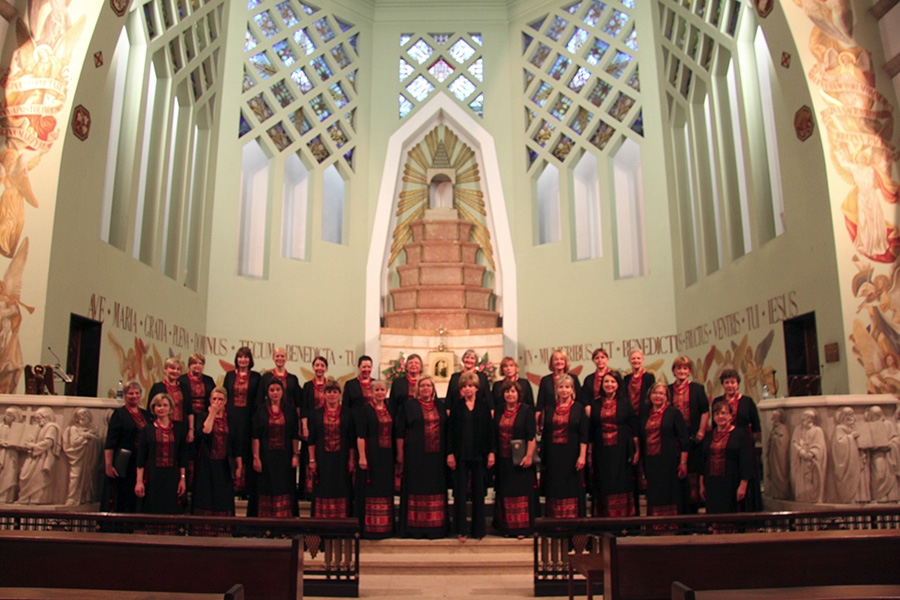 In 2010, Vesnivka celebrated its 45th anniversary with a trip to Portugal. The trip included performances and travels along the west coast, including Lisbon, Braga and Porto.

In 2008, Vesnivka gave a special performance in Toronto commemorating the 75th Anniversary of the Famine-Genocide of 1932-1933 in Ukraine. 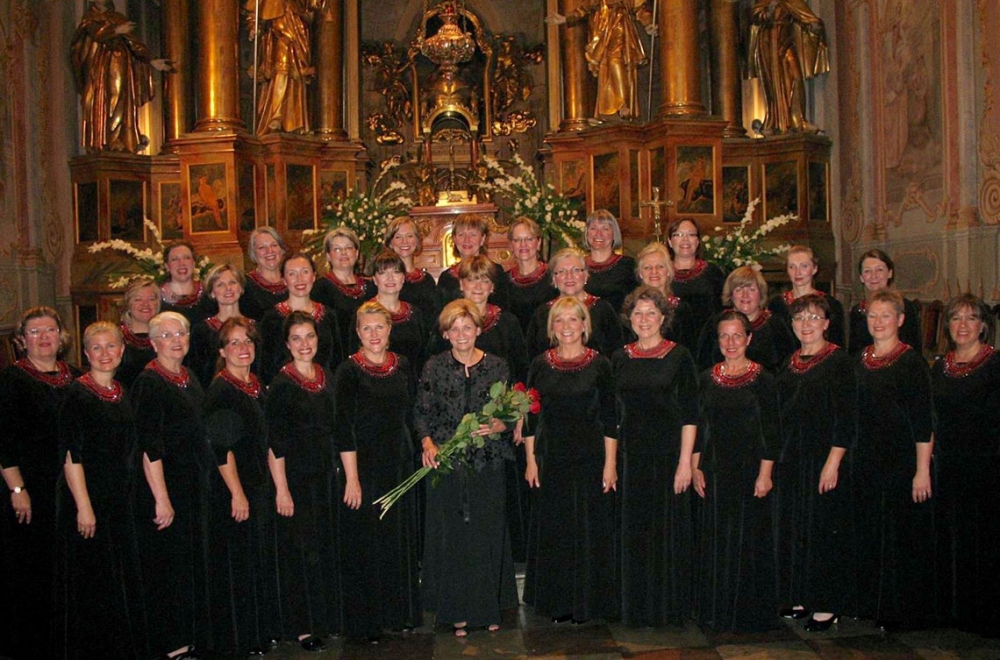 In 2007, Vesnivka brought a program of Ukrainian music to Poland. The choir performed in numerous cities, including Warsaw and Krakow. The concerts were designed to appeal to local Ukrainian communities as well as new audiences never before exposed to sacred music in Ukrainian.

Vesnivka joined with a host of musicians – the Elmer Iseler Singers, the Amadeus choir, the Orpheus Choir of Toronto, the Gryphon Trio and international opera singer Pavlo Hunka – to commemorate the 20th anniversary of the Chornobyl Disaster in 1986.

In 2005, the choir marked its 40th anniversary with a tribute concert to women. Newly commissioned works were added to existing repertoire from a variety of Ukrainian female composers. The concert featured new sacred and secular works by contemporary composers Hanna Havrylets, Lesia Dychko and Larysa Kuzmenko. 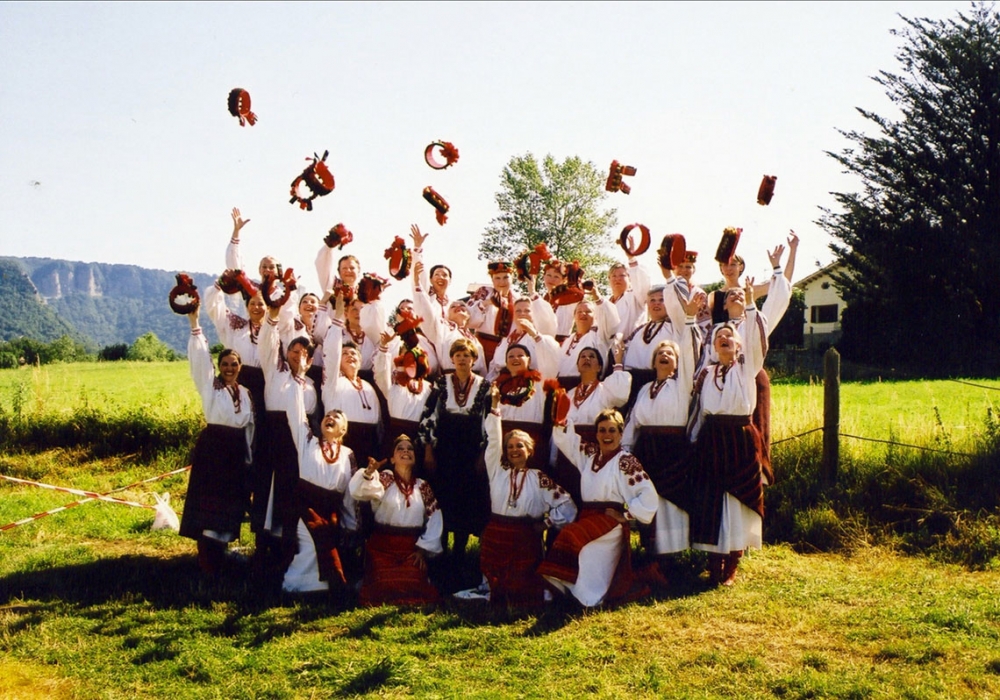 In 2003, Vesnivka added Spain to its roster of concert tours. Vesnivka was the only choir representing Canada in the 21st Festival of International Music in Cantonigròs, Spain, where Vesnivka participated in the folk category. Visits to Barcelona and Madrid bracketed the festival. 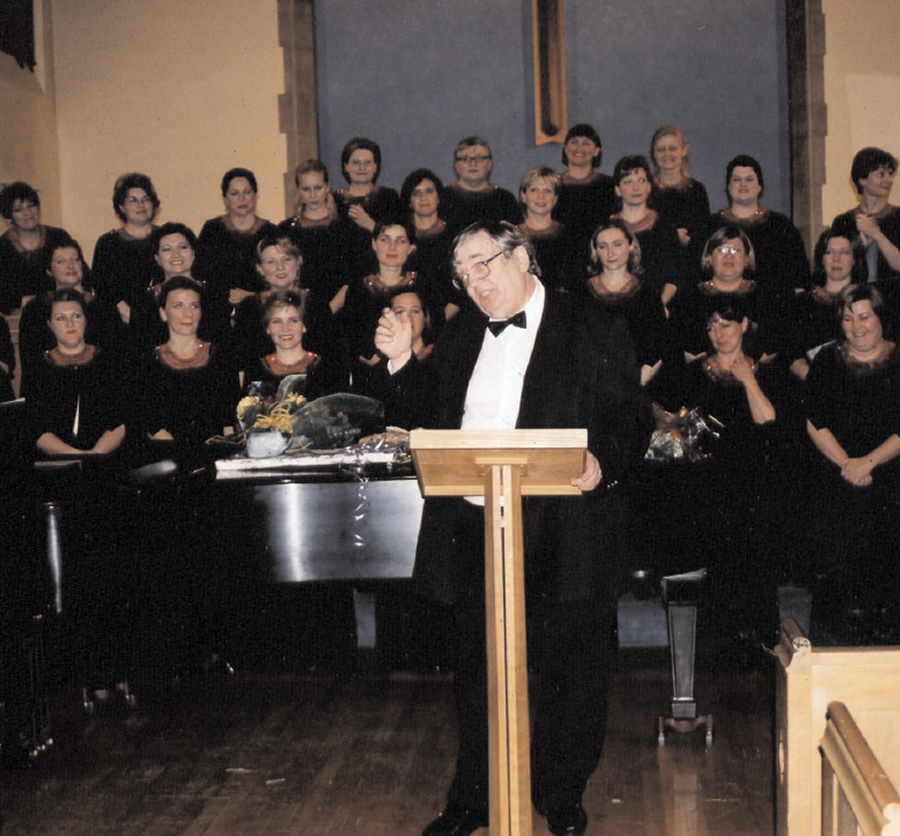 In 2001, Vesnivka began a new tradition of performing tribute concerts. The first such concert featured the works of Zenoby Lawryshyn — composer, conductor, pianist and accompanist — who has written many original compositions and produced many arrangements for Vesnivka over the years. 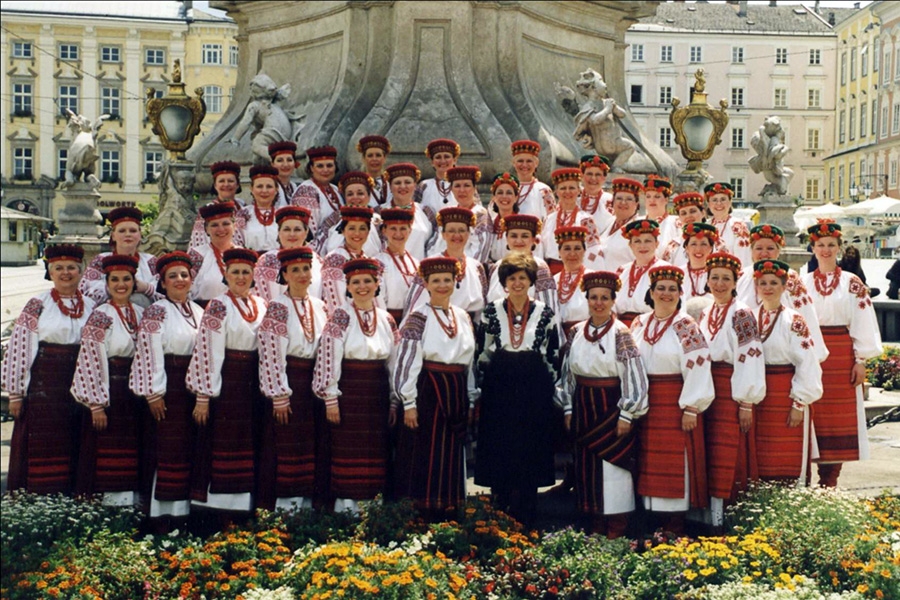 The summer of 2000 took Vesnivka to Linz, Austria, for the first World Choral Olympics. The women joined 18,000 singers representing choirs from 60 countries. The competition was followed by a tour of Austria and the Czech Republic.

In 1997, the choir performed with Canada’s renowned Elmer Iseler Singers in a concert at Toronto’s St. Patrick’s Church. The program featured a variety of traditional Ukrainian carols, closing with Mykola Leontovych’s “Shchedryk.” The Ukrainian origin of this carol, known to many as “Carol of the Bells,” was a pleasant surprise to many in the audience. 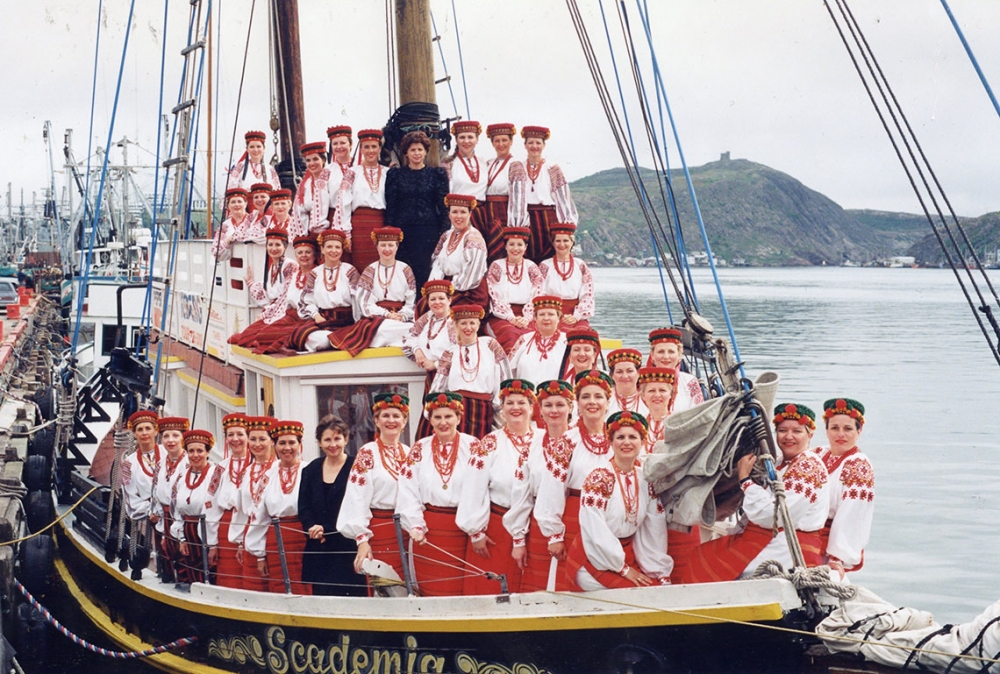 Earlier in 1997, the choir participated in Festival 500 – Sharing the Voices, a concert held in St. John’s, Newfoundland, to commemorate the 500th anniversary of John Cabot’s landing in the New World. The final night of the festival included a performance of Carl Orff’s “Carmina Burana,” with a massed choir and two symphony orchestras under the baton of Bramwell Tovey. 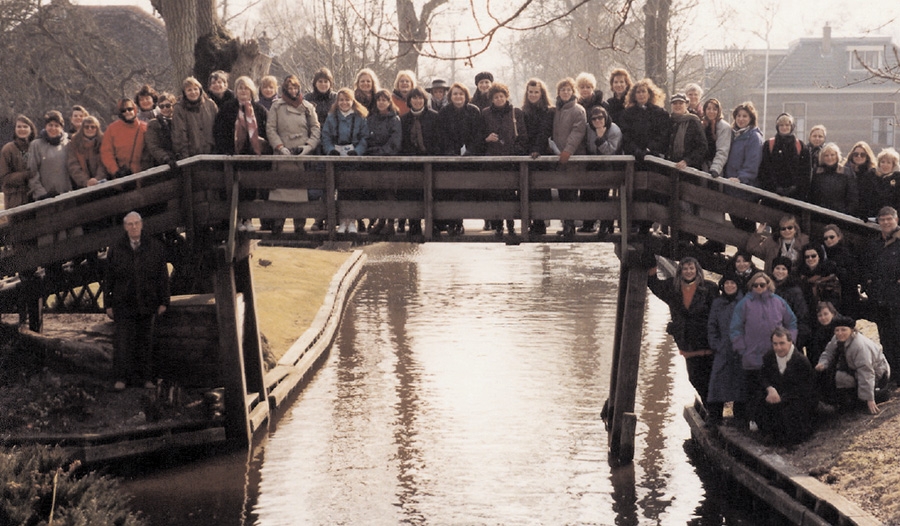 In 1996, Vesnivka toured the Netherlands with the Utrechts Byzantijns Koor, conducted by Gregori Sarolea. The first concert at the historic Groote Kerk in the Hague was a resounding success, as male and female voices soared effortlessly into gothic spires. Performances followed in numerous cities, including Antwerp, Rotterdam and Utrecht. 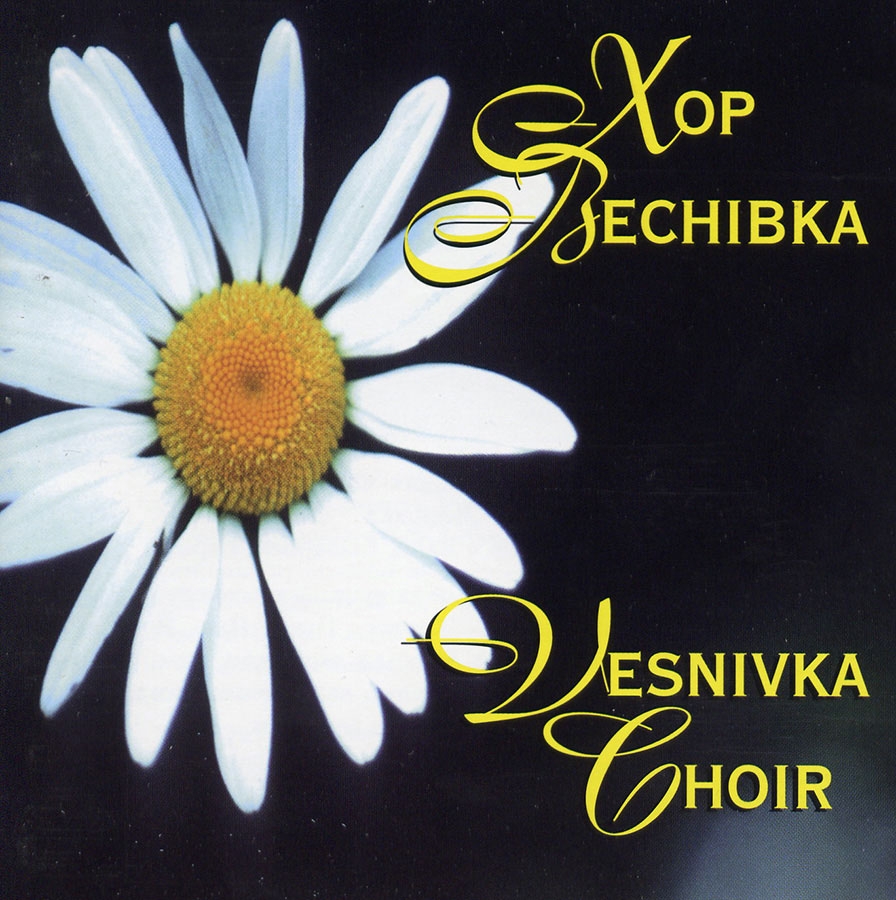 In celebration of its 30th anniversary in 1995, Vesnivka released a CD of folk songs, many with orchestral accompaniment arranged by Oleksander Levkovich. 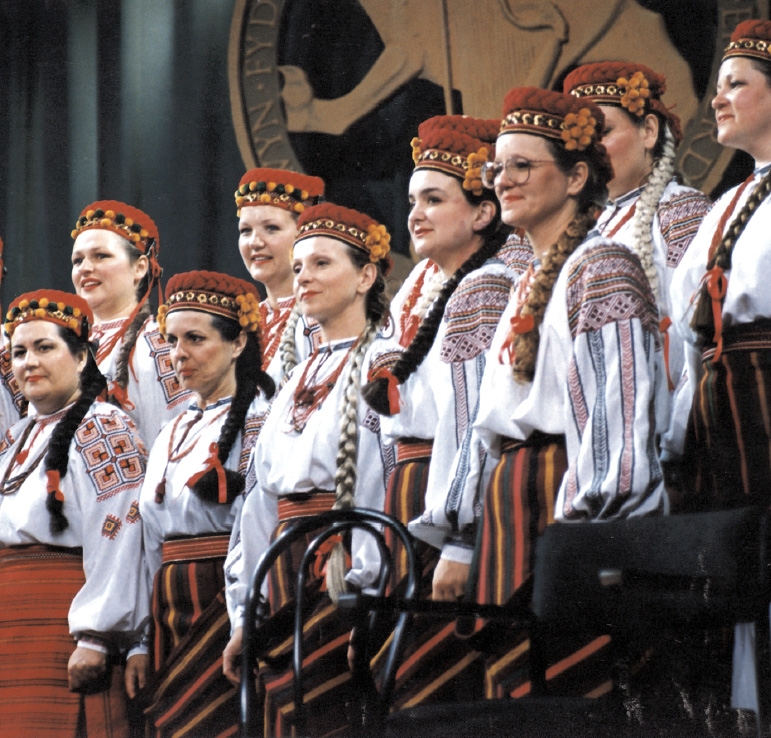 In 1993, the choir was awarded first place in the Llangollen International Musical Eisteddfod, a choral competition in Llangollen, North Wales. Amid wandering flocks of sheep, ancient ruins, breathtaking scenery and rehearsals in rustic churches, Vesnivka had found a mature and polished new voice. The choir also received the W.S. Gwynn Williams International Trophy for Best Performance. 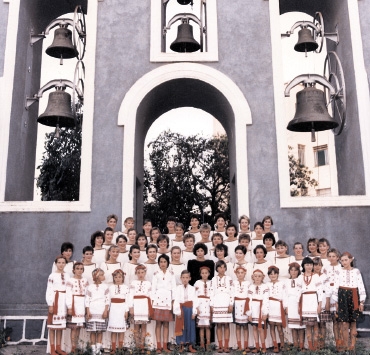 In 1986, Vesnivka blazed new trails with a concert tour of South America. The choir travelled from the cosmopolitan Buenos Aires, where it performed at the historic Coloseo Theatre, through the sub-tropic jungles to the remote regions of Brazil.

The early 1980s took Vesnivka to Europe twice. The choir toured Germany and Austria in 1983. Two years earlier, in 1981, Vesnivka celebrated its 15th anniversary with a tour of England, which included a performance for the Sheriff of Nottingham.

The 1980s marked a new stage in the life of the choir. Vesnivka’s talents were put to the test when the women participated in several national choral competitions sponsored by CBC Radio. In 1980, the choir placed second in its category. When Vesnivka returned in 1982 and 1984, the ensemble took first place.

In 1978, Vesnivka travelled to New York City to perform before an international audience at New York’s Carnegie Hall at the Third World Congress of Free Ukrainians.

The year 1974 marked the choir’s first foray outside the Canadian-Ukrainian community. Vesnivka celebrated Christmas at St. Joseph’s Morrow Park Chapel in Toronto, setting a precedent for the choir’s well-established tradition of bringing Ukrainian music, both sacred and secular, to a wider audience. 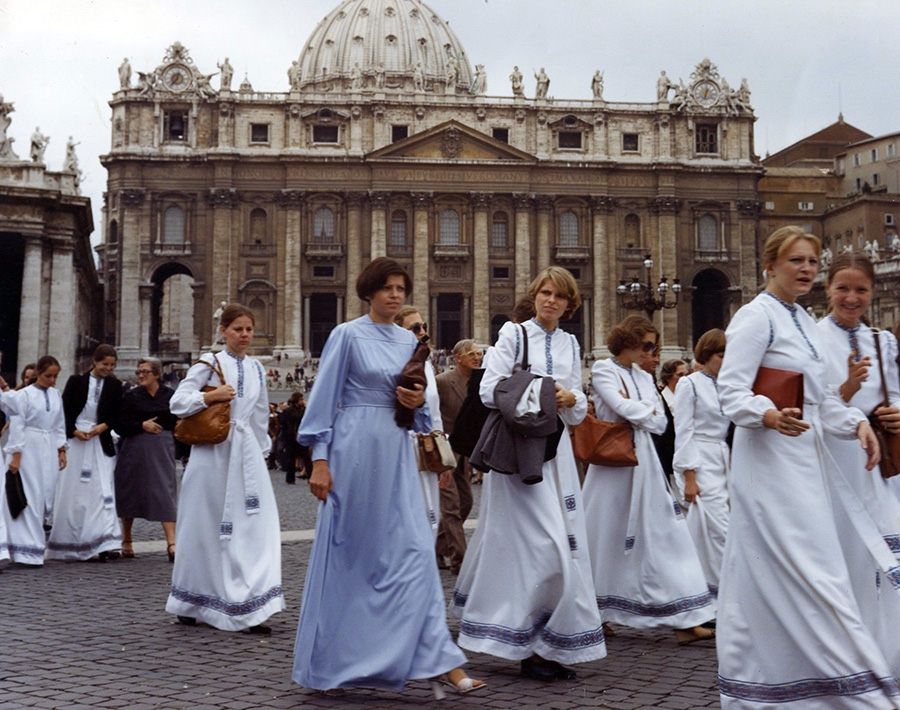 In 1969, Vesnivka travelled to Rome, Italy, for its European debut. The choir helped celebrate the consecration of St. Sofia Cathedral. After their performance, choir members tossed coins into the Trevi Fountain with wishes that one day they would return. And return they did: in 1977, and again in 1988. 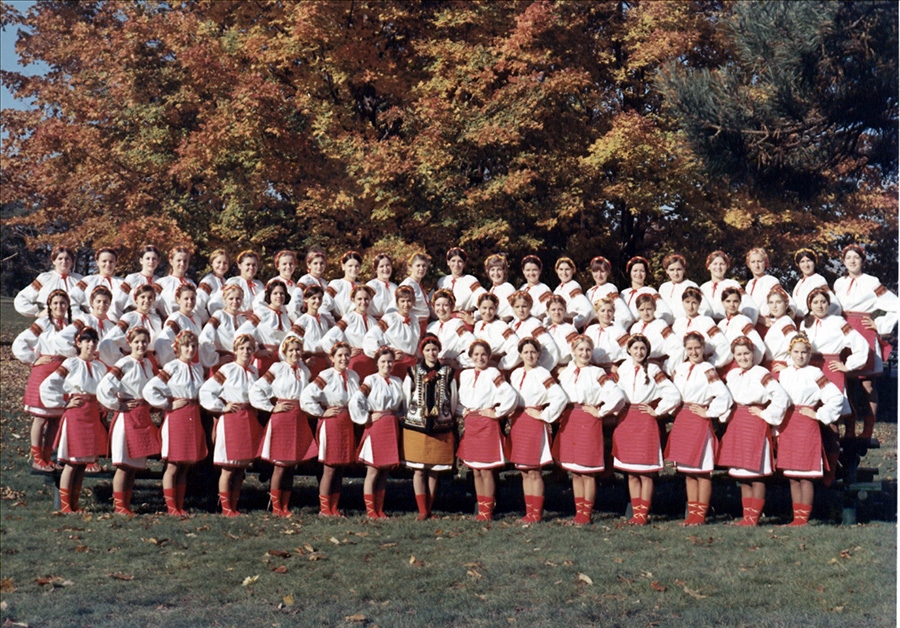 Vesnivka choir had its humble beginnings at St. Nicholas Ukrainian Catholic School in downtown Toronto. When classes ended, the girls stayed behind for rehearsals. The year was 1965. Only three years after its founding, noted composer Andrij Hnatyshyn was inspired to write new music to the Liturgy of St. John Chrysostom for the choir. It was the first work specifically composed for Vesnivka, though countless more were to follow.